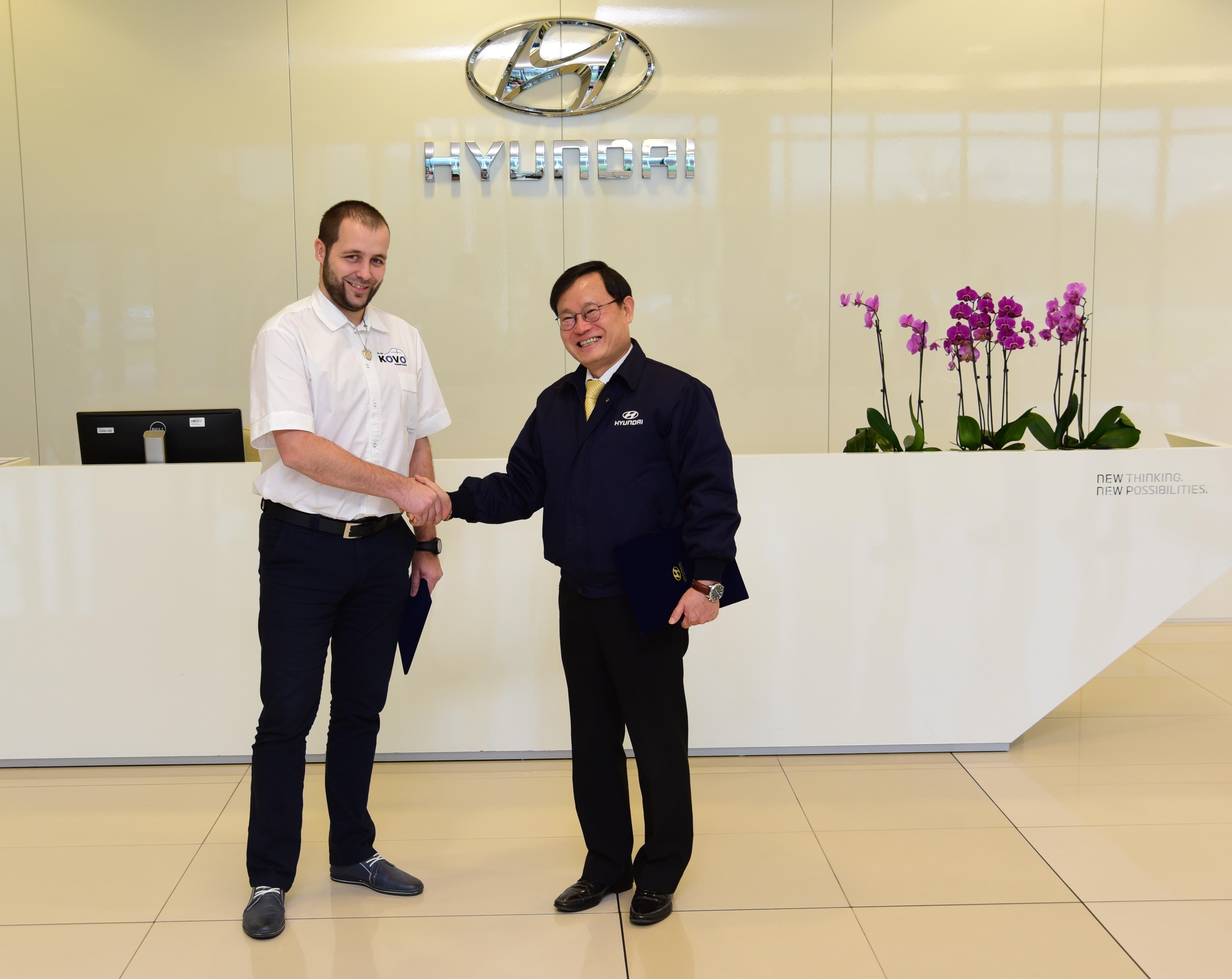 The Nošovice Hyundai car plant, repeated holder of the “Employer of the Year” award, has been one of the best-paying companies in the Moravian-Silesian region in the long term, and therefore the proposal to raise wages with which HMMC started negotiations with trade unions was higher than usual. In line with the Collective Agreement, just signed for 2019 and 2020, base wages will be increased by 9.1 % next year and by 8.8 % next year.

Today, representatives of Hyundai Motor Manufacturing Czech (HMMC) and the OS KOVO Hyundai Czech Trade Union Basic Organization have signed an amendment to the Collective Agreement for the period from January 2019 to the end of March 2021. Based on the outcome achieved after six rounds of negotiations, wages at HMMC will be increased as follows:

Base wages will increase by 9.1 % next year at HMMC next year and by 8.8 % by 2020, also as of 1st January. All bonuses and bonuses derived from the basic wage will also be increased proportionally. The average gross income in the car manufacturer Hyundai in Nošovice is approximately CZK 38500 this year for blue-collar professions and CZK 42000 per month for the whole HMMC plant. An operator in the Operator 3 role, which is the most common in the HMMC plant, will thus improve their basic salary in January 2020 compared to this December by CZK 5100 per month.
In addition to the currently valid collective agreement, an extraordinary bonus for the 10th anniversary of mass production will be paid out in January, amounting to 100 % of the basic salary of each worker.

The already impressive range of employee benefits at HMMC is expanding. As of January 2019, the previously adopted decision on five weeks of leave for all employees will come into force (until now employees have been entitled to a fifth week of leave after working two calendar years). As of January 2020, an additional holiday day will be introduced for employees who have worked seven years or more.

Donghwan Yang, HMMC President, said about the signing of the collective agreement, “our goal is to maintain our position as the best employer in the Moravian-Silesian region and to remain at the forefront in terms of remuneration on a national level. Our employees fully deserve exceptional recognition for their consistently high work performance, commitment, and also for the flexibility and understanding shown when asked to do extra overtime shifts.”  Commenting on the process and outcome of collective bargaining, President Yang added, “I appreciate the realistic and constructive approach of both parties. I am convinced that the result is a very good compromise for our company and especially for our employees.”

Patrik Fupšo, Chairman of the main trade union, said, “Both stakeholders have shown genuine responsibility and have come to a very interesting deal on wage growth that is unprecedented in the history of our company. We thank HMMC representatives for their proactive approach and employees for their support.” The Hyundai car plant in Nošovice raises wages and improves employee benefits based on the labour market situation, because its priority is to look after its people well while remaining a highly attractive and sought-after employer. For this reason, with effect from 1 July, the company decided this year to increase the basic salaries of all its employees by 5 % or to reimburse 100 % of the fare on buses to and from work.