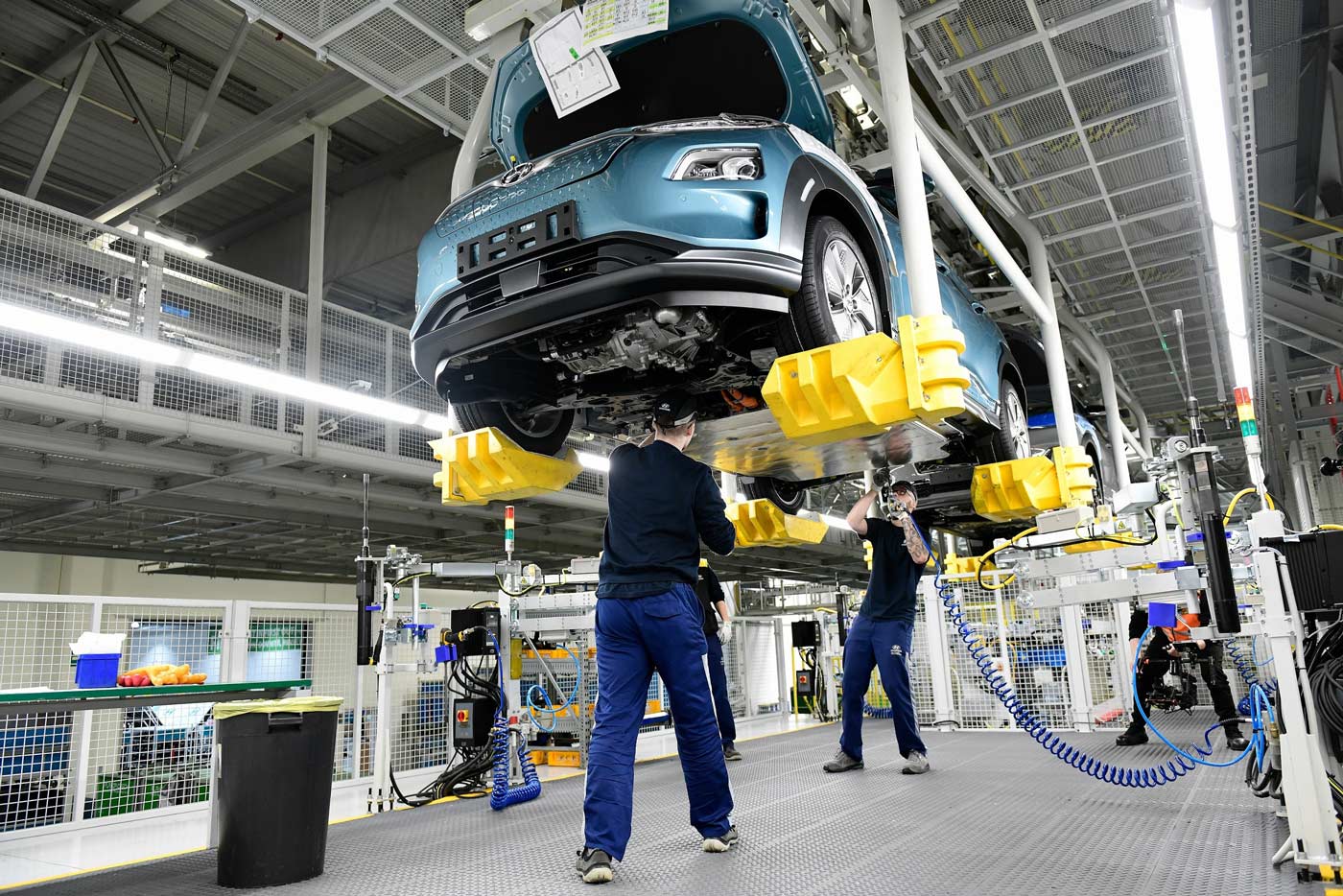 • Hyundai will start producing the Kona Electric at its Czech manufacturing plant, Hyundai Motor Manufacturing Czech (HMMC), in March 2020
• The plant plans to produce 30,000 electric vehicles in the first year
• By producing the fully-electric compact SUV in Europe, Hyundai is demonstrating its commitment to the European market
• Hyundai to become the biggest provider of zero-emission vehicles in Europe with about 80,000 units available in 2020
Nošovice, 27 February 2020 – Hyundai Motor has announced the start of production for the Kona Electric at its Czech production plant, Hyundai Motor Manufacturing Czech (HMMC). Production will start at the beginning of March 2020. HMMC, which is located in Nošovice in Czech Republic, is one of the largest and most modern auto manufacturing plants in Europe. The plant plans to produce 30,000 units of the Kona Electric per year. Together with the production from Hyundai’s Ulsan plant in Korea, the company will more than triple the availability of Kona Electric for its customers in Europe, leading to a significant reduction in waiting time. Hyundai also will give customers the opportunity to track the estimated time of arrival (ETA) of their Kona Electric. Once ordered, the ETA tool allows the customers to track the car through the dealer and when the car will arrive and where it is currently produced or shipped. “With the start of production for the Kona Electric at HMMC, Hyundai is further cementing itself as a leading provider of electro-mobility solutions in Europe,” said Dong Woo Choi, President and CEO of Hyundai Motor Europe HQ. “By expanding production to Europe to better serve the European market, we see this as an extension of our ‘made in Europe for Europe’ philosophy. We are also further strengthening Europe as manufacturing location by producing future mobility solutions on site.” Also the battery supply will come from Europe. This guarantees a stable supply with a reduced distance to the plant as well as a fixed amount of batteries needed for the production of Kona Electric. Preparing the plant for the production of the Kona Electric took place during the last couple of months. Alongside the production chain, major changes were applied at the stamping and welding shops. Here the tools are exchanged several times per day in order to produce the different parts of i30 range, Tucson and now Kona Electric. Each stamping tool needs to be able to be exchanged within five minutes. Since Kona Electric is the first car at HMMC to be offered with a two-tone roof, the paint shop needed to undergo changes in the painting process. Since Kona Electric also runs in the same production line as i30 and Tucson, the finishing line needed to be equipped accordingly, including extra training of the employees. Specifically for an electric car, there is a new production stage involving the storage and installation of electric batteries. A new storage building for the batteries has been set up with its separate delivery chain within the plant. Automated robots deliver the battery packs to the newly set up mounting line. For 2020, Hyundai will provide about 80,000 units of zero-emission vehicles to European customers, including Kona Electric, IONIQ Electric and the NEXO fuel cell electric SUV. With this development, Hyundai expects to become the biggest provider of zero-emission vehicles in Europe in 2020. – End – About Hyundai Motor Manufacturing Czech (HMMC) The high-capacity, high tech HMMC is Hyundai’s first manufacturing plant in Europe started the production in November 2008 It employs 3,300 people. Production is 1,500 cars per day and more than 300,000 yearly. Last year the plant celebrated the production of its three millionth car and millionth Tucson, which accounts 70% of production capacity Cars from HMMC were distributed to the 69 countries on 5 continents. The Kona Electric will join five additional models that are currently produced there: the i30 hatchback, i30 fastback, 30 Wagon, the i30 N model line, and Tucson. The full lineup is less than two years old. About Hyundai Motor Europe HQ Hyundai Motor Europe HQ was formally established in 2000 with its main office in Offenbach, Germany. Hyundai currently sells cars in 41 European countries through 3,000 outlets and in 2019 achieved registrations of 563,018 vehicles in the region – an increase of 3.8 percent compared to 2018, a higher rate than the market average. 2019 was the fifth consecutive year with a record sales result. 75 percent of the vehicles Hyundai sold in the region are models designed, engineered, tested and built in Europe to meet the needs of European customers, served by the company’s extensive European infrastructure. This includes two factories in the Czech Republic and Turkey. By end of 2020, Hyundai will offer one of the youngest product ranges with almost all models younger than 1 ½ years old. Also by then, over 75% of Hyundai’s line-up in Europe will be available as an electrified version. Hyundai offers its unique Five Year Unlimited Mileage Warranty package with all new cars sold in the region, providing customers with a five-year warranty with no mileage limit, five years of roadside assistance and five years of vehicle health checks. More information about Hyundai Motor Europe HQ and its products is available at www.hyundai.news.