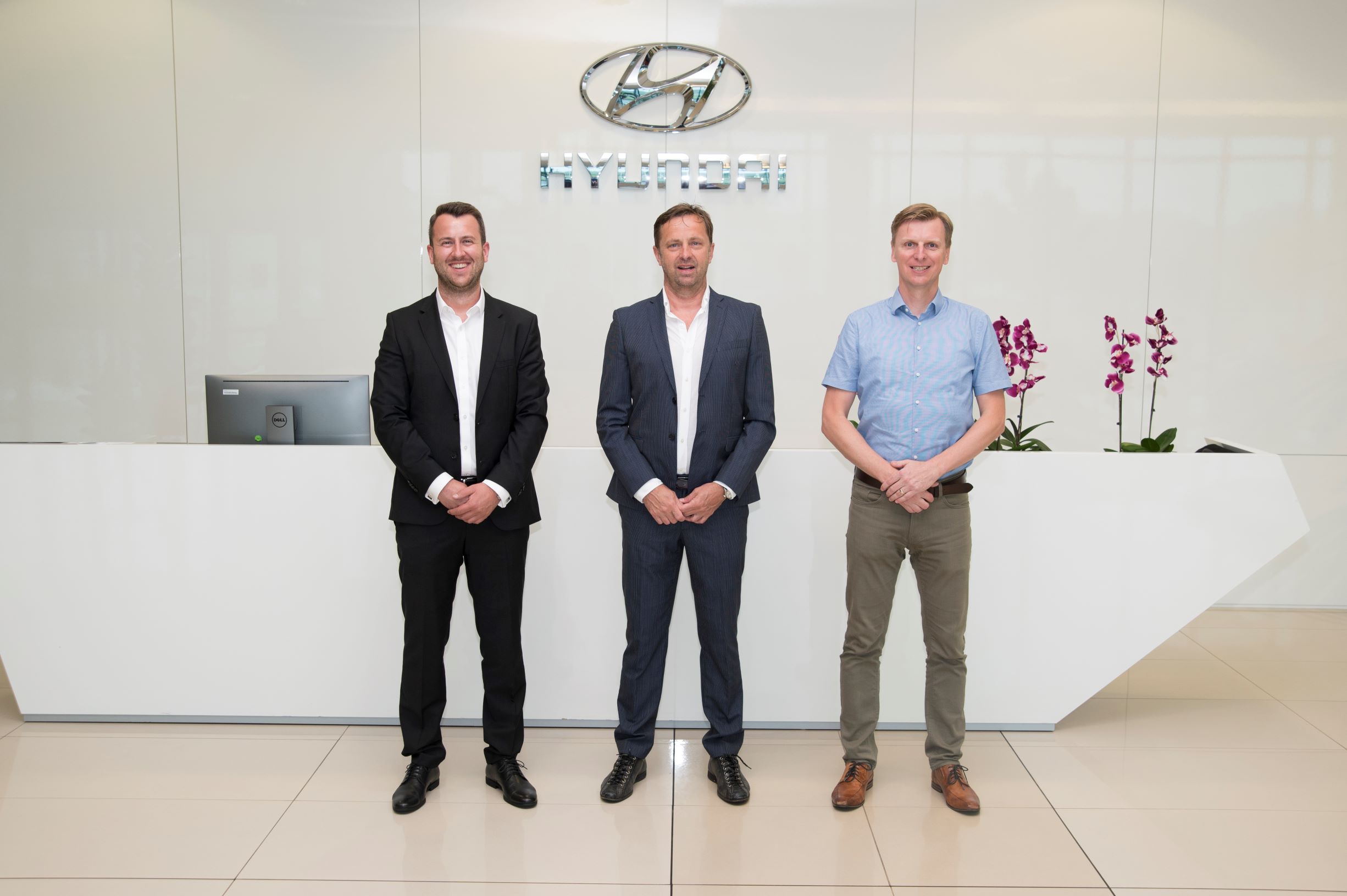 Hyundai Motor Manufacturing Czech (HMMC) is becoming a new general partner of FC Baník Ostrava Academy in July. Both sides agreed on cooperation. Hyundai will support sport preparation of children and youth in one of the most successful football clubs in the CR by this partnership.
“FC Baník Ostrava and Hyundai Nošovice are significant brands not only in the region. We feel that the time has come to start the cooperation. Youth sport was severely hurt by pandemic and so we believe that young football players from Baník will get the best conditions to their sport and personal growth (also) thanks to our support,” said Petr Michník, Deputy Head of Admin Subdivision in HMMC.
Carmaker from Nošovice supports sport teams in a whole Moravian-Silesian region on a long term basis mainly by grants. Partnership with FC Baník Academy fits into a company strategy which is focused amongst others to support young talents. “We care about development of our region. Baník’s youth has an outstanding position on the Czech football map and it deserves our support,” added Petr Michník.
FC Baník Ostrava Academy organizes yearlong and systematic sport preparation of children and youth. The aim is to train complex top sportsmen. Club also cooperates with other teams in region.
“It is a big success and even bigger commitment. We appreciate the partnership with significant global player at automotive market and one of the most significant company and employer in the region. Today is ending almost a yearlong negotiation about the cooperation and we hope that it will keep developing to a both side satisfaction. For now, the support of Hyundai will aim mainly to our academy but we promise to fulfil a potential of both brands in the future,” said an executive director of FC Baník Ostrava, Michal Bělák.
Czech football and Hyundai brand belong together for a long time already – successful cooperation between the Czech representative of Hyundai and football representation started many years ago. “Football is a worldwide phenomenon. Baník Ostrava has a strong voice in our region. We know very well that there are many fans of the club among the 3 thousand of our employees. That is another reason why the cooperation of two strong brands in the region makes sense,” says Petr Michník from Hyundai Nošovice.