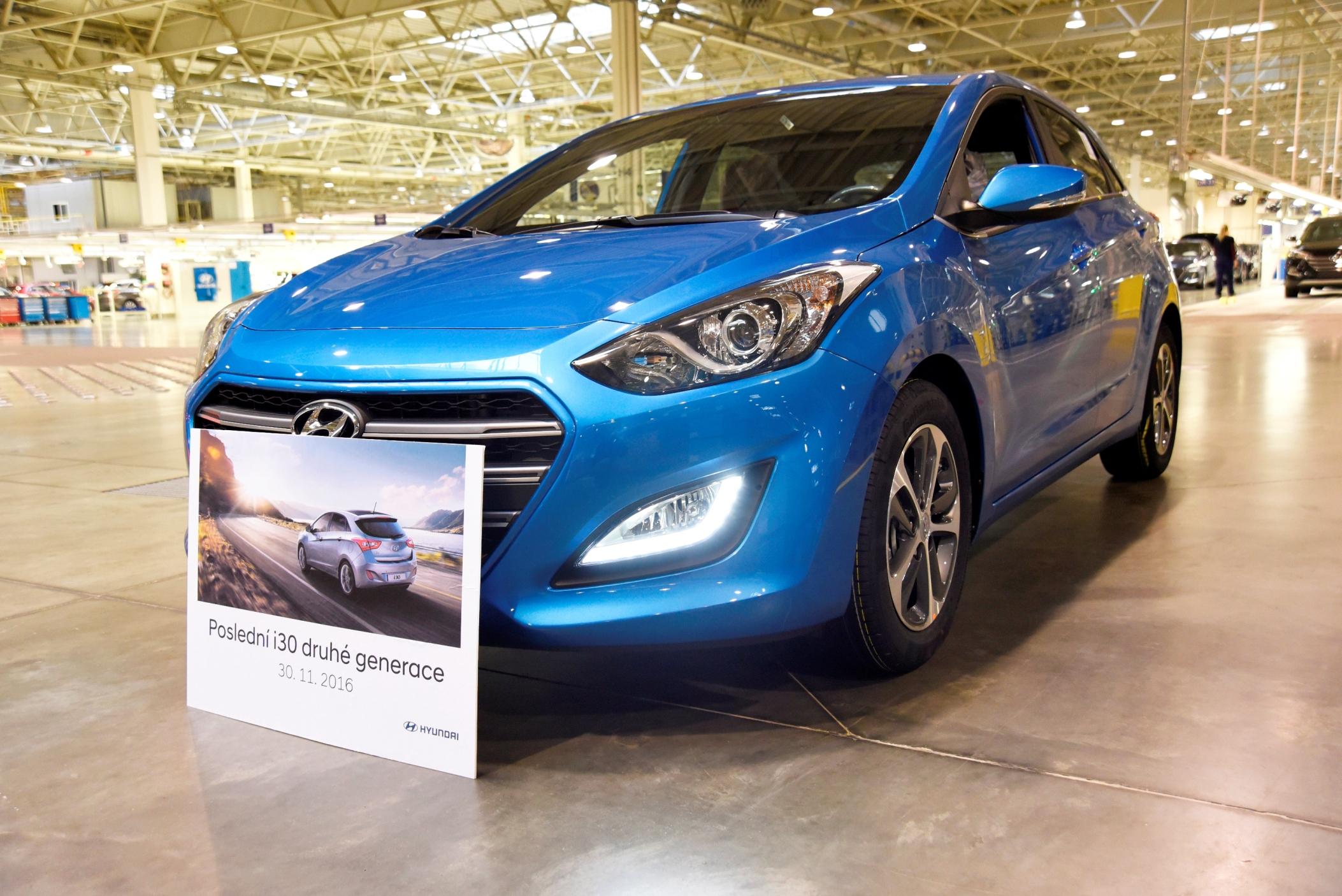 On Wednesday night, the final ever car of the second-generation Hyundai i30 was produced as a five-door hatchback. Since January 2012, when its mass production began, more than 373,000 units have been dropped from the line. The five-door Hyundai i30 was particularly successful in Europe, with a total of 54 countries.

On the night shift on Wednesday, November 30th, the final unit of the highly successful Hyundai i30 2nd generation in a five-door hatchback was produced. In total, in less than five years since mass production began in January 2012, customers in 54 countries have received more than 373000 cars. The highest quantity of them, 109000, went to Germany, over 68,000 were delivered to Great Britain and 48000 of these cars were sent to Spain where the last one will be delivered to. Customers in the Czech Republic, which is fourth in terms of number sold, purchased a total of 31600 units of this model. The largest consumers of the five-door version of the Hyundai i30 outside the European Union were Russia, Turkey, Australia, Israel or Morocco.

In HMMC in Nošovice, however, not only the basic five-door version is produced – in June 2012, an estate was added, and in November 2012 a three-door version entered production, though production was discontinued on 11th November this year. The 2nd generation estate remains in production for the time being, but he will be replaced by the 3rd generation during 2017.

The innovative second-generation Hyundai i30, whose production is ending today, has become known by unwanted advertising in the fall of 2011, when the then chairman of the VW group Martin Winterkorn did not hide his admiration while visiting the brand new Hyundai i30 at the Frankfurt Motor Show without knowing it was being recorded. The present Hyundai i30 has was shown to more than 100 professionals from many European countries as part of a presentation event for Hyundai importers in November in Nošovice, who had the opportunity to test it in motorway traffic and on winding rural roads. They were all impressed by its handling, state-of-the-art safety and assistance equipment and a mature, sleek design. Sales of the 3rd generation Hyundai i30 will begin throughout Europe in the first quarter of next year.