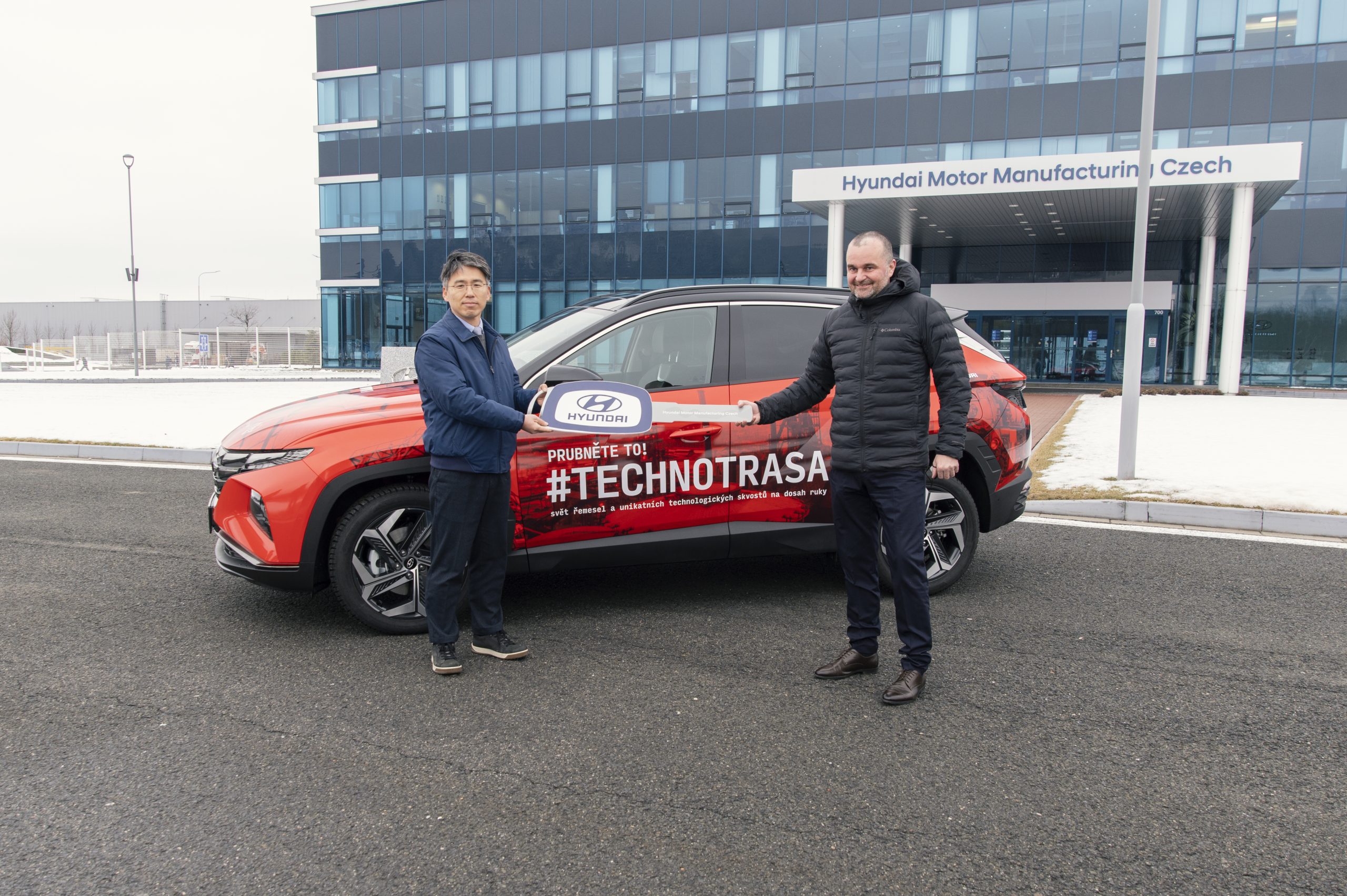 Hyundai Nošovice production plant is a new stop on Technotrasa trail, which allows you to experience exceptional experiences reminiscent of the distinctive technical and craftsmanship maturity of north Moravia and Silesia. In Nošovice, visitors will be able to take a guided tour of the production process.
“Technotrasa continues to grow and evolve, becoming more varied, more modern and more accessible to foreign visitors every year. It connects the exceptional technical attractions of our region, introduces the industrial history and traditions of the region. Now, on the other hand, it has grown to include one of the most modern automotive plants in Europe, so visitors will be able to learn about modern trends in the automotive industry during their tours. Hyundai has contributed significantly to the economic growth of the Moravian-Silesian Region, and I am delighted about our partnership within the Technotrasa,” said Ivo Vondrák, the Governor of the Moravian-Silesian Region, in response to the inclusion of tours at the Hyundai company in Nošovice into the Technotrasa.
Technotrasa is a project with originally twelve technical monuments, which was established in 2012 and is gradually growing. “Technotrasa is a unique project within the Moravian-Silesian Region. We are very happy that our car factory has become a part of it. We are enthusiastic to guide visitors through the modern operation and show the current technologies of car production, but we may also get a glimpse of the mobility of the future. We are pleased to have a firm place in the region and now an official point on the Technotrasa map,” said Barbora Hermanová, Head of Public Relations at Hyundai Motor Manufacturing Czech (HMMC).
After the resumption of excursions, which are now suspended at HMMC due to the pandemic situation, excursionists will be able to experience, among other things, a journey on the visitor train through the production halls. As well as for visiting other places on Technotrasa, they will receive points on a Technotrasa Card, which interested parties can obtain free of charge from the individual entities on the Technotrasa or at selected information centres. The points collected can then be exchanged for original gifts such as stylish T-shirts, earrings or even Technotrasa-themed tin cans, also at the Nošovice company H. Shop, located in the lobby of the HMMC Administration Building. All plant tours are free to the public.
“Who wouldn’t want to be in a sci-fi movie for at least a moment? That’s exactly how visitors who reserve a spot on the tour will feel. Not only technology lovers will take away an unforgettable experience from the excursion. The number of robots and machines will simply amaze everyone,” Petr Koudela, Managing Director of the regional destination company Moravian-Silesian Tourism, invites everyone to take a tour of the car factory.
As part of the newly established cooperation, Nošovice car factory has lent its most popular model – the Hyundai TUCSON Hybrid – to MS Tourism, which will be used to promote the Technotrasa.
“In addition to the Nošovice car company, the Raab mine in Zálužné, which, together with the Flaschar mine, is the second slate mine on the trail, has been on the Technotrasa map since the beginning of this year. The CETRAT – Centre of Traditional Technologies in Příbor will take visitors into the vanished world of handcraft production. Technotrasa also includes last year’s hot new addition – the TATRA Truck Museum in Kopřivnice. Visitors to the TATRA exhibition will certainly be gripped by the car with which the recently deceased Karel Loprais won the legendary Dakar Rally,” said Jan Krkoška, Deputy Governor of the Moravian-Silesian Region for Regional Development and Tourism.
The fame and originality of Technotrasa is also evidenced by the fact that a few days ago it became a member of ERIH – European Route of Industrial Heritage. It is part of the Cultural Route of the Council of Europe. “Obtaining this prestigious European quality label is a great step forward, because membership in ERIH will ensure our product’s publicity on a European platform with a huge reach,” says Petr Koudela, who is not hiding his enthusiasm.