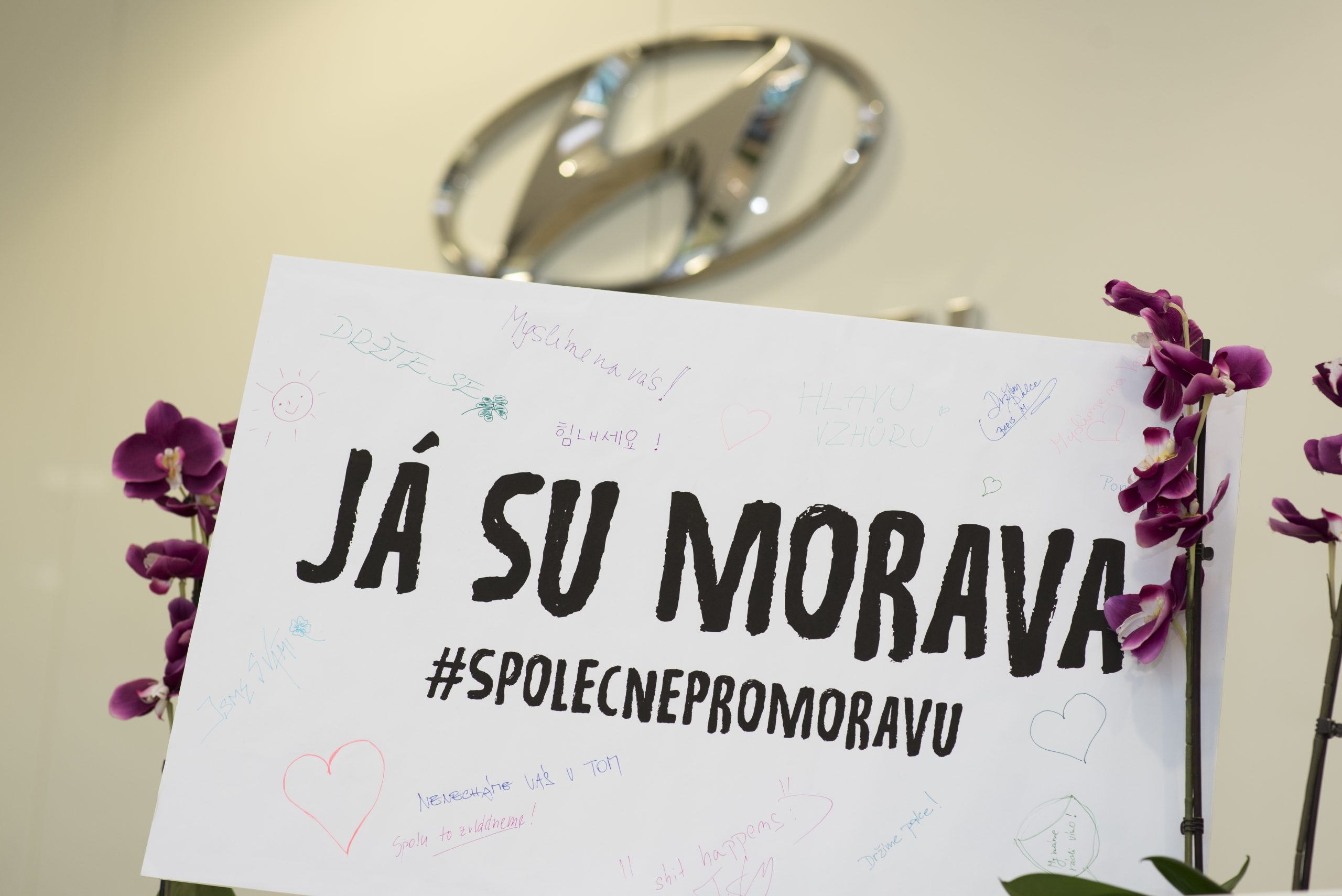 Hyundai Motor Manufacturing Czech (HMMC) will help to areas affected by tornado with 5 million CZK. Another almost 100 000 CZK was donated by employees in a collection. Some of them also went to help to those areas.
Carmaker Hyundai contributes to improvement of life in its neighbourhood on a long term basis as a Good Neighbour. It helps in Moravian-Silesian Region by grants. In last few weeks, help was needed also in areas at the South of Moravia where tornado stroke.
Therefore HMMC company launched a collection at Donio.cz portal and started it with 5 million CZK at the end of July. Employees had a chance to contribute till the end of collection which was on 21st July. They sent almost 100 000 CZK. All collected money will be handed over to Člověk v tísni organization which will distribute it to affected municipalities according to their needs.
“I am sure that donated money will be meaningful and welcomed help. I am happy that many of our employees participated on the collection. They once again showed that their hearts are in the right place,” said President of HMMC Cheolseung Baek. Next to financial aid some employees went to help directly to villages in South Moravia. They helped with cleaning of damaged house in Mikulčice in which family with three kids live, in devastated garden colony in Hodonín and by bringing needful material.

Hyundai Nošovice will support events in the region. Grants will help athletes, children, the disabled and culture