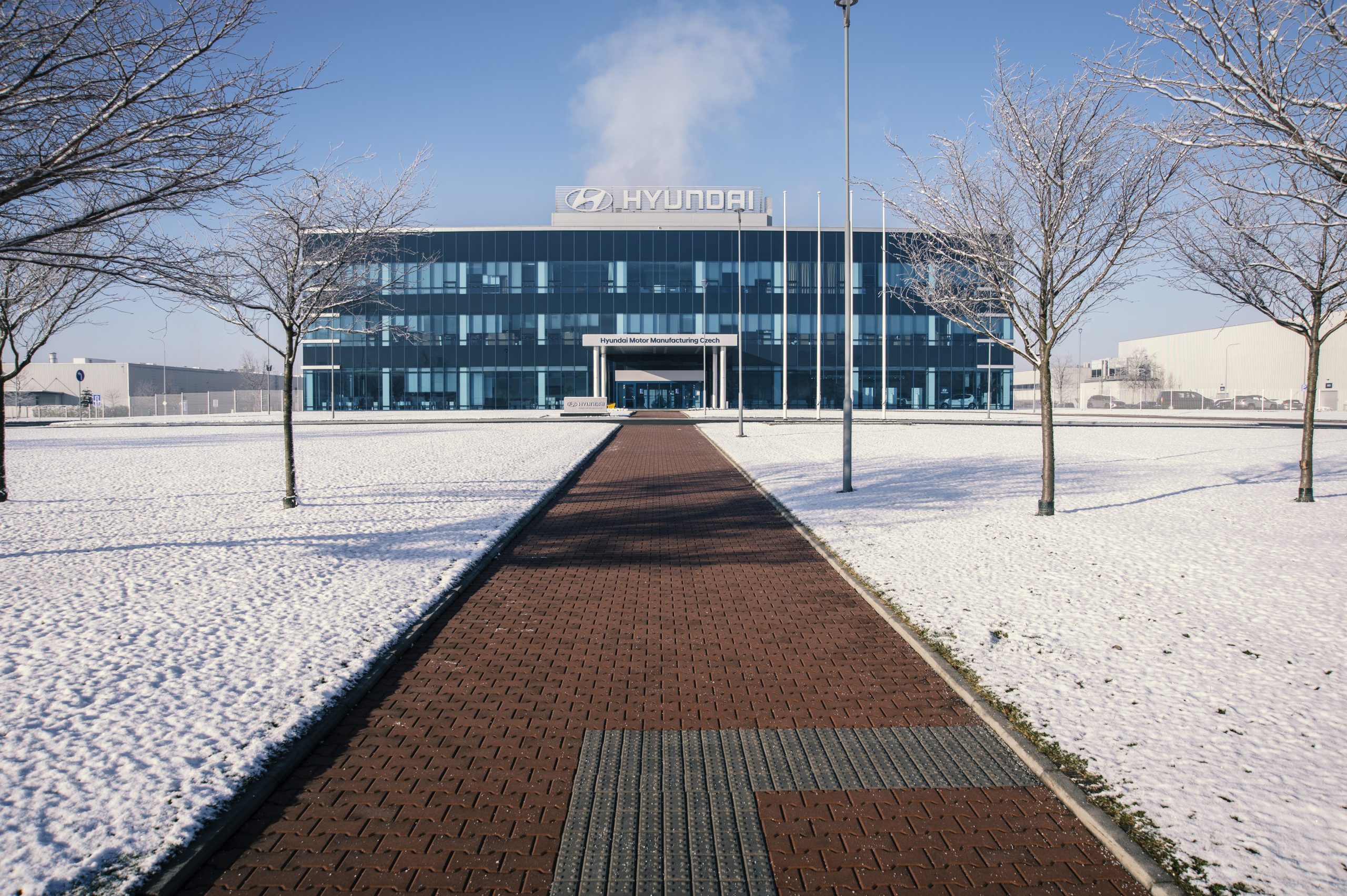 275,000 cars rolled off the production lines at Hyundai Motor Manufacturing Czech (HMMC) in Nošovice last year. The carmaker thus fulfilled the set plan. Total production was up by 36,250 passenger cars year-on-year, i.e. by 15%. The company expects further growth in production this year.
Tucson, which accounts for 70% of total production in 2021, will continue to account for the largest share of production. The popular SUV is available not only in internal combustion engine versions, including mild-hybrid, but also in hybrid and plug-in hybrid variants, which are in growing demand among customers. The i30 model range accounted for nearly 20% of production last year. The redesigned sharp Hyundai i30 N, which started rolling off the lines last year, accounted for 2% of production. The portfolio of cars from Nošovice is rounded out by the Kona Electric, which accounted for 8% of production and has also been produced since last year in a version with a weaker 39 kWh battery.
Hyundai in Nošovice places great emphasis on a wide range of eco-friendly powertrains, as evidenced by the fact that over 30% of the cars produced last year have hybrid, plug-in hybrid or fully electric drives.
The carmaker expects the share of such cars to rise again this year. HMMC is not planning to launch any new models this year, but the experts from Nošovice are working closely together to develop new projects that will be in production in 2023. We will continue to meet the demands of the demanding European market and local customers, while ensuring that we meet the needs of non-European countries with the highest quality,” said HMMC President Cheolseung Baek.
Other activities to reduce production emissions are also a major challenge for the Nošovice-based carmaker.
“In line with our plans for carbon neutrality, we are becoming the first production site in the company to use only electricity from renewable sources from this year. We are preparing major investments in photovoltaics and other energy-saving technologies,” added the HMMC president.

From Nošovice to the whole world
Germany, Spain, France and the UK are among the biggest customers for cars from Nošovice. Tucson is also heading in large numbers to countries in the Middle East. Kona Electric from Nošovice is most successful in Germany, France and Norway, and the sharp i30 N, for example, has the second largest market in Australia after Germany. However, the cars produced last year in Nošovice are also used in Mexico, Ecuador, New Caledonia and Martinique.
In the difficult times in which the automotive industry finds itself, the Hyundai automobile plant in Nošovice stood out last year thanks to its flexible response to the turbulent situation and the current availability of specific parts. It adapted its production schedule, strengthened its inventories and expanded its supply chain, so there was no need to stop production or cancel shifts.
For this year, the plan is to increase production volumes to pre-Covid-19 levels and HMMC has already started recruiting and will recruit 120 new production staff within a few months. In addition, a recruitment allowance of CZK 20,000 is in place for labourer positions. The automotive company offers above-average financial remuneration in the Moravian-Silesian region, with the average wage for worker positions reaching almost CZK 44,000 in 2021. In accordance with the collective agreement concluded in January 2021, basic wages will also increase this year. At the same time, the wage components linked to individual performance evaluation and the fulfilment of the production plan will be increased. The company will also expand the range of benefits provided.