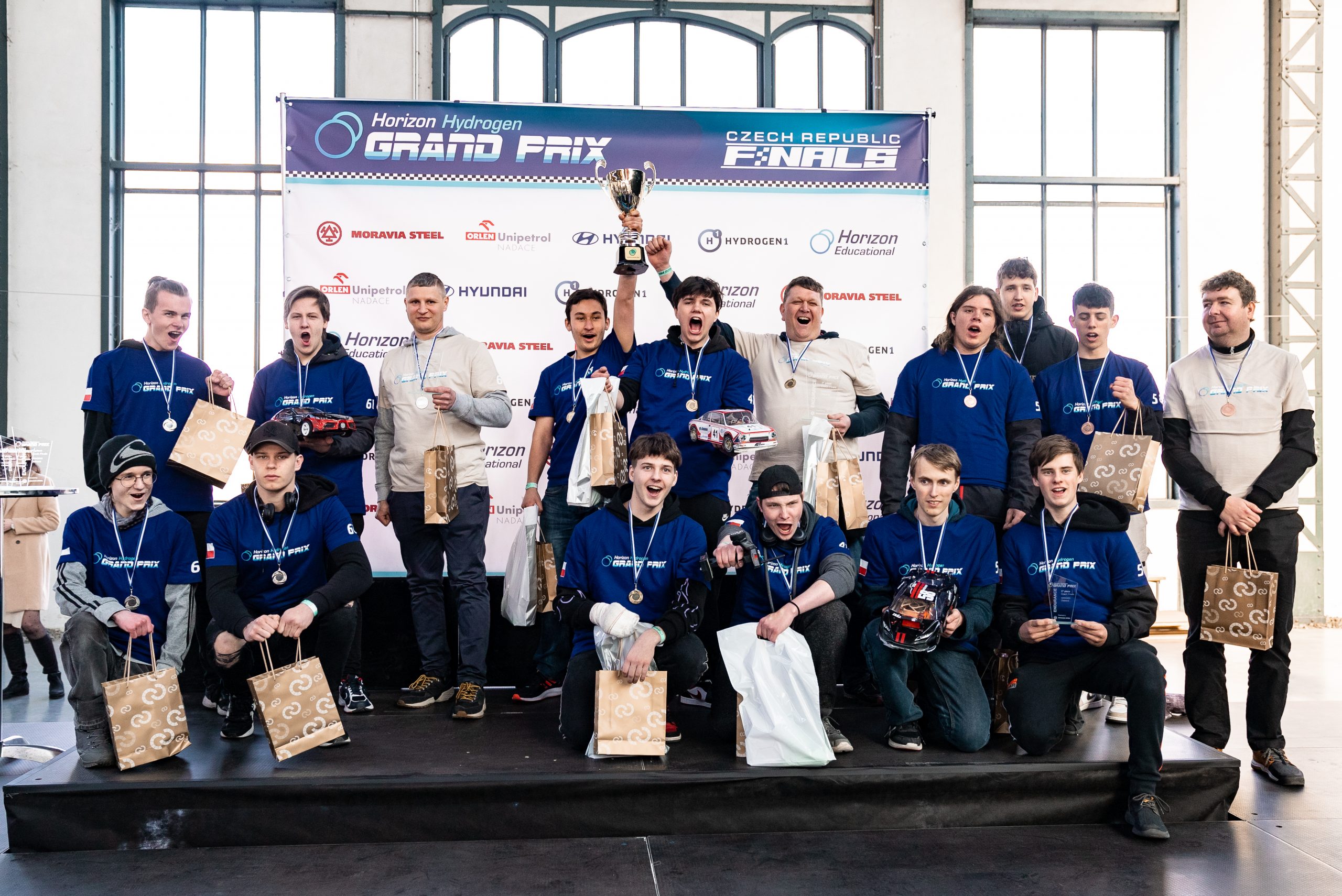 Hyundai has long focused on the development of hydrogen technology. The NEXO hydrogen-powered model is proof of this. Thanks to the support of the Hyundai Motor Manufacturing Czech (HMMC) plant in Nošovice, high school students can also get acquainted with the functioning and principles of hydrogen technology.
The Nošovice car factory supports the Horizon Hydrogen Grand Prix (H2GP) educational programme. The culmination of several months of efforts is the race of hydrogen-powered RC model cars built by high school students. This year they were held on Monday 4th and Tuesday 5th of April in Ostrava’s Trojhali Karolina complex.
“We are very pleased to be a partner of the Horizon Hydrogen Grand Prix programme for the fifth year. Our goal is to support technical education of high school students and raise awareness of the use of alternative fuels,” says Barbora Hermanová, Head of Public Relations at HMMC.
A total of 18 teams of specially modified model cars lined up for the start of Monday’s main race with a clear goal – to qualify for the World Finals and get the chance to measure their knowledge and skills against the best teams from around the world at the World Finals in Assen, the Netherlands, in June. They had to cover as much distance as possible in 4 hours with the hydrogen special.
It took until the last minutes to decide the winner of the main part of the ENDURANCE race. In the end, the teams RC RACING HUBÁLOV from the Hubálov Secondary Apprenticeships School with 651 laps and WERK TEAM 1 from the Secondary Technical School of Třinec Ironworks with 643 laps celebrated their success. The third place was taken by the team ISŠA BRNO HYDROCAR from the Integrated Automotive High School Brno with 641 laps.
The second day of the race belonged to the newcomers. The five new high school teams were able to join the competition thanks to the support of Hyundai and HYDROGEN1. The Nošovice car factory contributed financially to five school teams from the Moravian-Silesian Region for the construction of racing specials, the total support for the event amounted to half a million crowns. “I am very proud of all the new teams for whom the race was a premiere. Thanks to the fact that they had the opportunity to see the more experienced students a day earlier, they quickly understood that this is almost an addictive affair and already during the race they were planning their preparations for the next year. And that’s a good thing. Year-to-year continuity is key to success in the program. Because it makes the students embark on ever more daring innovations, and that’s what drives us forward to improve and to spread the program to other schools and together build hydrogen education in the world,” says Václav Bystrianský on behalf of the H2GP team. During the two-day race, Hyundai’s electric cars were on display, as well as a hydrogen-powered Hyundai NEXO model.