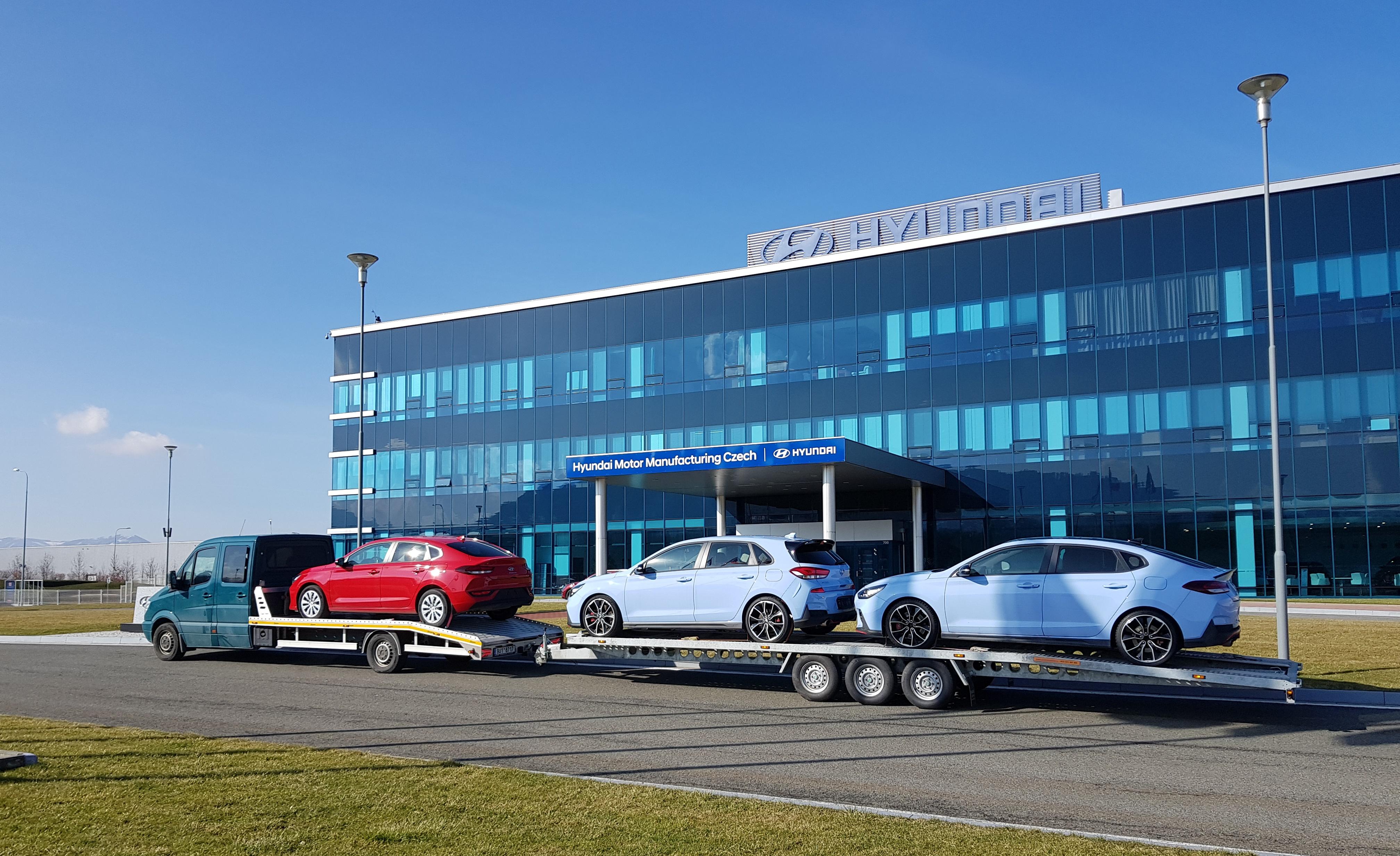 The Hyundai car plant in Nošovice has donated, or rather sold for the symbolic price of CZK 1, three cars to Autodrom in the town of Most. The cars were pre-mass-production models, which are not allowed to be registered for driving on public roads. After installing colourful stickers and installing light ramps, beacons and other equipment, the cars will be used during the races on the Most circuit.

Before mass-production of each model of car at Hyundai Motor Manufacturing Czech, the Nošovice car plant produces several cars, which are fully functional and fully equipped, but cannot be registered for use on public roads, because they were produced before the official start of mass-production of that model. The car maker regularly donates the vehicles to technical schools – from apprentice training institutions to technical colleges and universities – and several are already being driven in enclosed areas such as Mošnov Airport (Ostrava) r on the Masaryk Racing Circuit in Brno.

After arriving in Most the cars will be customised with coloured film and partner logos and will have essential equipment installed – light ramps and beacons, and communications equipment, and the Medical Car will have special equipment for providing first aid in the case of a crash on the track.

The official presentation ceremony will take place at Autodrom Most before the summer holidays.