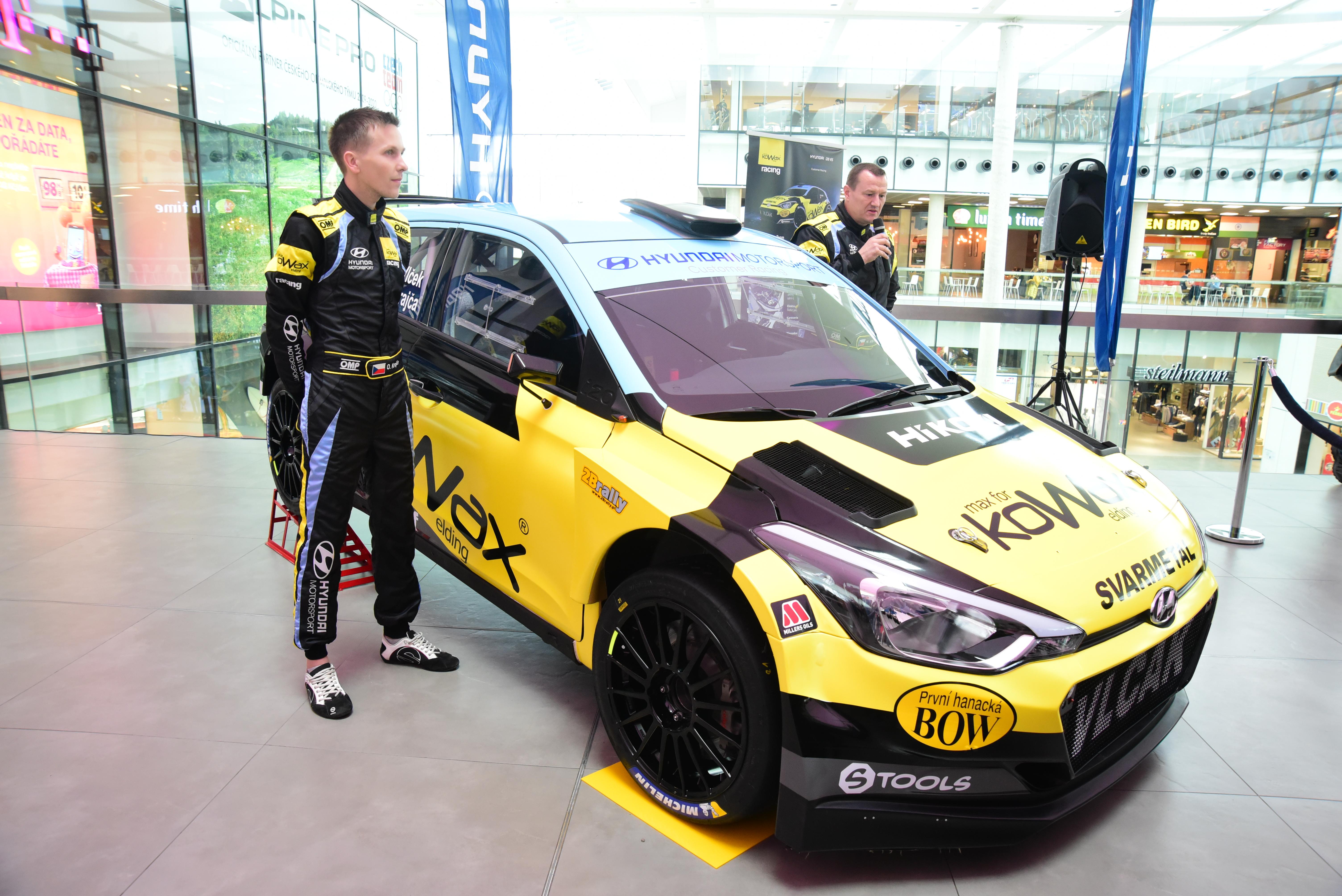 From today until Sunday evening, motorsport fans can see the first rally car Hyundai i20 R5, which will be taking part in the Czech Rally Championship. The race-ready car Hyundai i20 R5 was unveiled today, 15th March at a presentation by Hyundai Motor Manufacturing Czech in the Forum Nová Karolina shopping mall. The car is on show along with a Hyundai i30 N and i30 Fastback N, until 7pm on Sunday 17th March.

Hyundai has for a long time been more than just a mass-volume producer of family cars. Following the success of the luxury brand Genesis, Hyundai is now moving ever stronger into the sports car arena – with mass-produced a racing special editions.

The Hyundai sports car division is part of the N division of high performance cars, led by Albert Biermann, which have been extraordinarily successful on the market. Albert Biermann, an icon of lovers of fast cars, has been working for Hyundai since 2015, when he moved to South Korea after 30 years in the M sports division of BMW. His first creation, the Hyundai i30 N, has been a massive hit and is often referred to as the world’s current hottest hatch. Building on that model’s success is the brand-new Hyundai i30 Fastback N, which wraps a wild sporting heart in sleek bodywork by German designer Thomas Bürkle. The division N cars also include the Hyundai Veloster N for the American market. The Hyundai i30 N and i30 Fastback N, sold in the Czech Republic, are produced exclusively at the Nošovice car plant of Hyundai Motor Manufacturing Czech, whilst the Hyundai Veloster N is made in South Korea. Hyundai series N cars from Nošovice have been most popular in Germany (7000 cars), Great Britain (2000 cars), Australia (1600 cars), Spain (750) and Belgium (700); about a hundred have been sold in the Czech Republic so far.

A common factor in all Hyundai series N cars produced to date is the 2-litre T-GDi turbo direct injection petrol engine that produces 275 horsepower and torque of 353 Nm. The maximum speed is limited to 250 km/h.

The great attraction is the first chance for the Czech public to see the rally special edition Hyundai i20 R5 and its driver and owner Martin Vlček. The car is based on the race version i20 WRC, in which the rally team Thierry Neuville and Nicolas Gilsoul regularly achieve podium finishes in the World Rally Series. After three races this year they are currently in third place, as is Hyundai in the constructors’ championship. The performance of the Hyundai i20 R5 engine is limited by intake restriction, but still manages to produce an amazing 300 horsepower and torque of 400 Nm. This special edition is produced by Hyundai Motorsport in the German town of Alzenau. Although about 15500 series N cars have been manufactured in the Nošovice plant since 2017, rally special editions are custom-built. The car on show in Ostrava has the serial number 58 and is the first one sold to the Czech Republic.

“We are delighted that the race special edition Hyundai i20 R5 has a new Czech owner. This model has state-of-the-art technology, which was demonstrated here last year by the world-famous Dani Sordo at the Barum Czech Rally and Ondřej Bisaha at the Prague Rallysprint. It’s wonderful that we will now be able to follow the results of Martina Vlček and his team KOWAX racing,” said Jan Pohorský on behalf of Hyundai Motor Czech.

The Hyundai i20 R5, Hyundai i30 N and i30 Fastback N are on show in the Forum Nová Karolina shopping mall until 7pm on Sunday 17th March.

The all-new Hyundai Tucson: a smart tech hero with a standout design