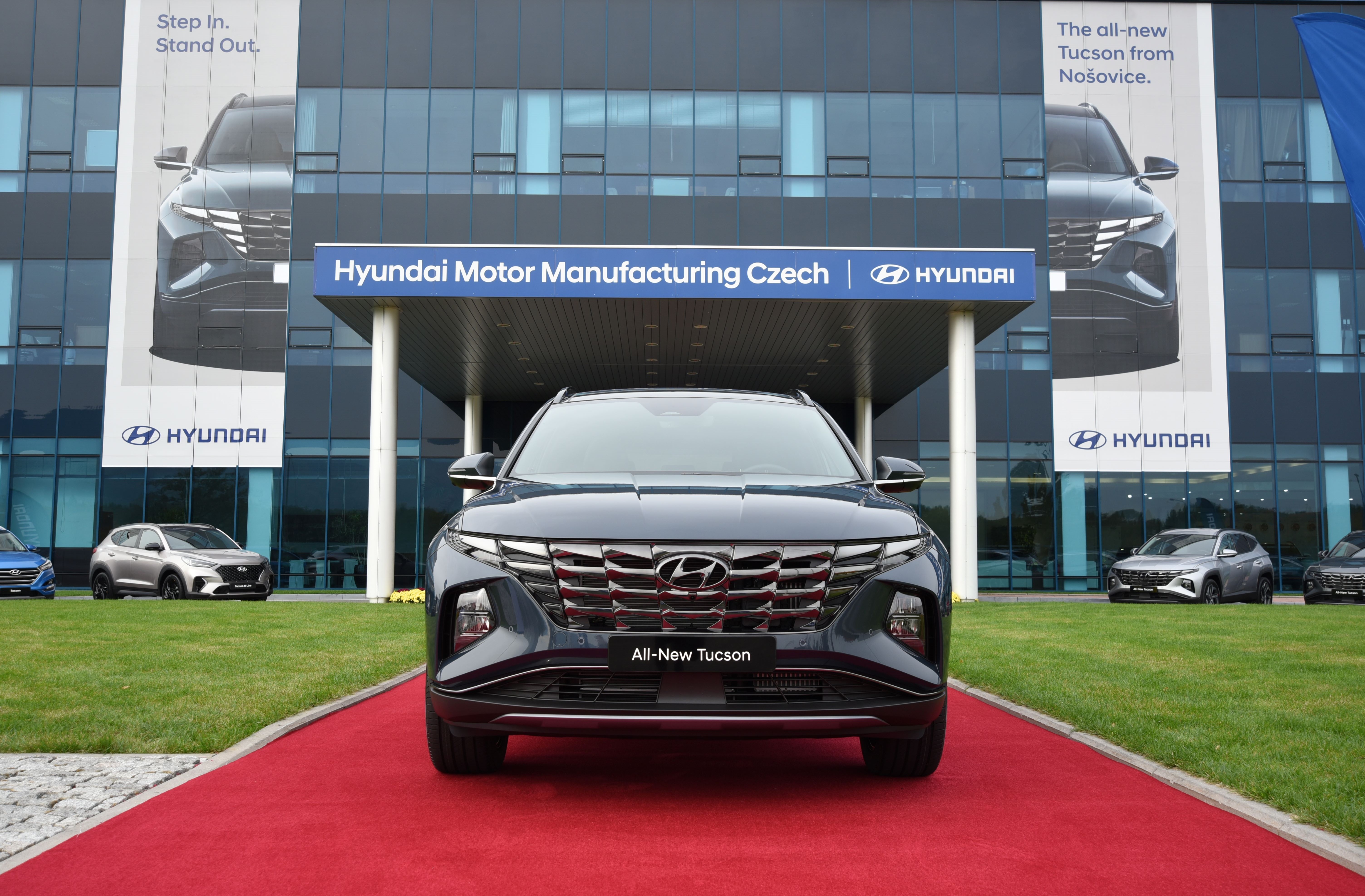 Hyundai Motor Manufacturing Czech (HMMC) is launching mass production of the all-new generation of Tucson. The flagship of the Nošovice car manufacturer, which accounts for about 70% of its production, is a Hyundai design revolution. A smart tech hero with a standout design and unique innovations.
The preceding generation of the Tucson model will be indelibly written into the history of HMMC. Since the start of mass production in June 2015, almost 1.2 million of these cars have left the lines so far. The popular SUV has gained worldwide popularity. Tucson has succeeded in demanding markets in Germany, the United Kingdom, as well as in the Middle East and in dozens of countries around the world. However, cars from Nošovice also went to exotic destinations, such as the New Caledonia archipelago in the Pacific Ocean, French Guiana in South America or the island of Martinique in the Caribbean Sea. The production of this important model has moved the Nošovice carmaker primarily in the quality and technical level of production.
“In the case of the last generation of Tucson, our employees were also significantly involved in the preparation of the new model for the first time. Since then, our active participation on improvements has grown with each of our new models. Thanks to the success of the Nošovice production plant, we have earned the respect of the parent company and also influenced the final form of the all-new Tucson,” said Martin Kličník, Head of Quality Sub-division.
Following an intensive development period in Hyundai testing centers, proving grounds and roads across the globe, the all-new Hyundai Tucson has been fine-tuned in the Czech Republic and Austria ahead of its market launch. Tucson was also subjected to demanding tests at the polygon in Kopřivnice. Because it is a real SUV, experts from Nošovice tested the car’s behavior there in difficult terrain conditions and on various surfaces.
In addition to its worldwide success, Tucson has long enjoyed popularity in the Czech Republic due to its features. According to the Association of Car Importers, for example, this year it ranks among the ten best-selling cars in the country. The new Tucson is the fourth generation of Hyundai’s successful bestseller. Since its launch in 2004, more than 7 million cars have been sold worldwide, of which 1.4 million have been delivered to customers in Europe. This has made the Tucson Hyundai’s best-selling SUV globally.
The successor again has the ambition to become a world-famous SUV. It is predestined not only by the fascinating design, sophisticated interior and wide range of drivetrains, but also by the best safety equipment in its class and practical solutions aimed at families and progressive customers.
“The new Tucson is a proof that we are able to do great and fascinating things even in difficult times. Thanks to the great efforts of our employees and suppliers, a revolutionary model is coming off the lines, of which we can be rightfully proud. We have created a car that takes us a great deal further,” said Donghwan Yang, President of HMMC.
The first all-new Tucson models – hybrid, diesel and gasoline including 48-volt mild hybrid – will appear in Hyundai’s European showrooms towards the end of this year. The N Line version will arrive at the beginning of next year.