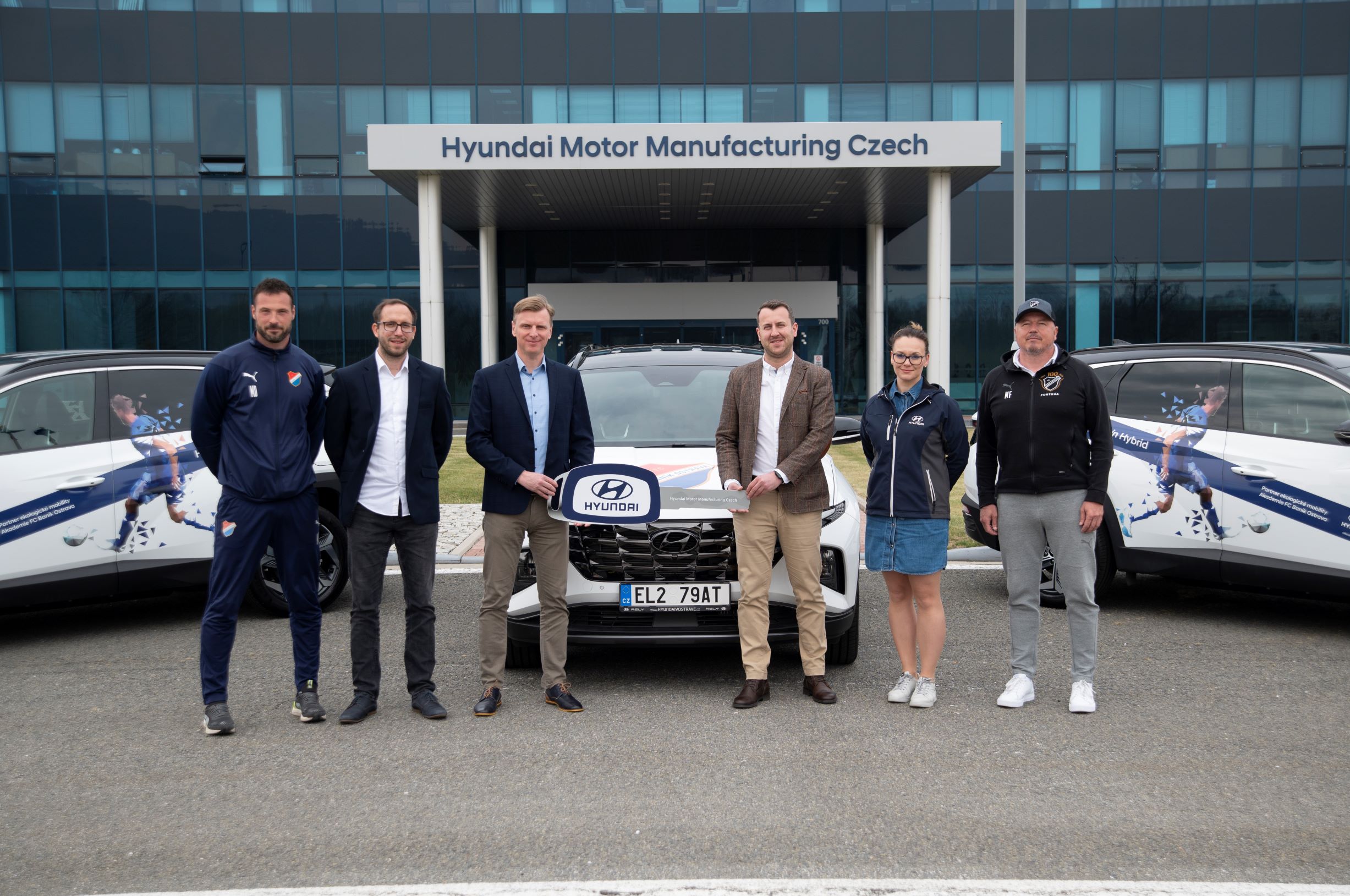 The partnership between Hyundai and Baník Ostrava continues. Both parties have agreed to extend the cooperation for another season. Hyundai Motor Manufacturing Czech (HMMC) will continue to support the sports training of children and youth in one of the most successful football clubs in the Czech Republic as the general partner of the FC Baník Ostrava Academy.

For one year now, Baník’s youth academy has relied on the generous support of the automotive company based in Nošovice. “This support is crucial for the development of our academy. Especially since it is a general partner from our region. Thanks to the partnership with Hyundai, we were able to successfully develop the entire educational and training system at the Baník Academy in the past year, expanding not only the already extraordinary membership base, but also, for example, the participation of top European foreign clubs in the tournaments that we organize,” said Roman Holiš, Chairman of the FC Baník Ostrava Academy.

Thanks to the partnership with the Hyundai car company, the academy’s officials and coaches can now also use a trio of Hyundai Tucson cars in a plug-in hybrid version and with a special coating. Thanks to the cooperation between HMMC and Baník, the next edition of the Hyundai Cup youth tournament, which had a successful premiere last year, will also take place on the football field at the car factory’s premises on Saturday, August 20.

“I consider our company’s partnership with FC Baník Ostrava to be a combination of two strong brands and I appreciate it very much. Like Hyundai, Baník does things with its heart and cares about future generations, so I am glad that we can continue to support the education of quality athletes who will be associated with our region, Baník and Hyundai,” said Barbora Hermanová, Head of Public Relations at HMMC. The Hyundai car company in Nošovice has long supported sports clubs, including football clubs across the Moravian-Silesian Region, mainly through grants. The partnership with the FC Baník Ostrava Academy fits in with the company’s strategy aimed, among other things, at supporting young talent. The Hyundai Motor Group is known worldwide for its support of football and is also a partner of the World Cup and several major football clubs. The Czech Hyundai dealership has been an official partner of the Czech national football team since 2008.