The environment is top priority at Hyundai plant

less than 1 minute of reading 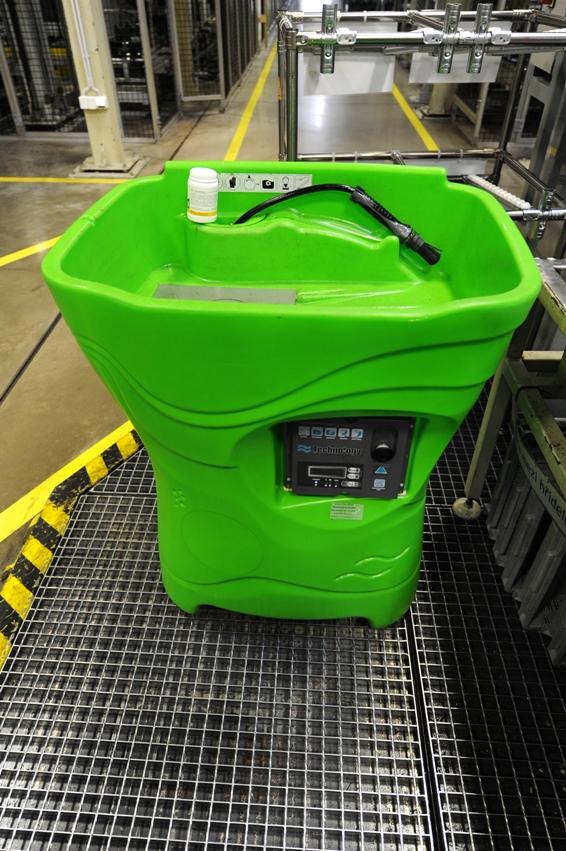 As part of an its commitment to environmentally friendly behaviour, the Nošovice car plant Hyundai has begun to use a washing table to clean oily components which breaks down oils and lubricants not by using organic solvents, but by using bacteria.

The unique device contains sixty litres of special liquid, which the built-in heater keeps at a constant temperature of about 37 degrees Celsius, necessary to maintain the activity of bacteria. These bacteria feed on hydrocarbons, that is the oils and lubricants, which break down completely, at a rate of half a litre of oil per day. The fluids circulates in the device, so that only operational fluid losses resulting from the removal of wet components from the bath are replenished.
Jan Hlubocký, a specialist from the gearbox production section where the new washing table is used, says, “Unlike traditional washing in organic solvents, the fluid is a fully degradable, non-flammable and environmentally friendly liquid, eliminating the strict safety rules when operating the washing table, and dealing with the solvents used, which have to be disposed of as hazardous waste. “