less than 1 minute of reading 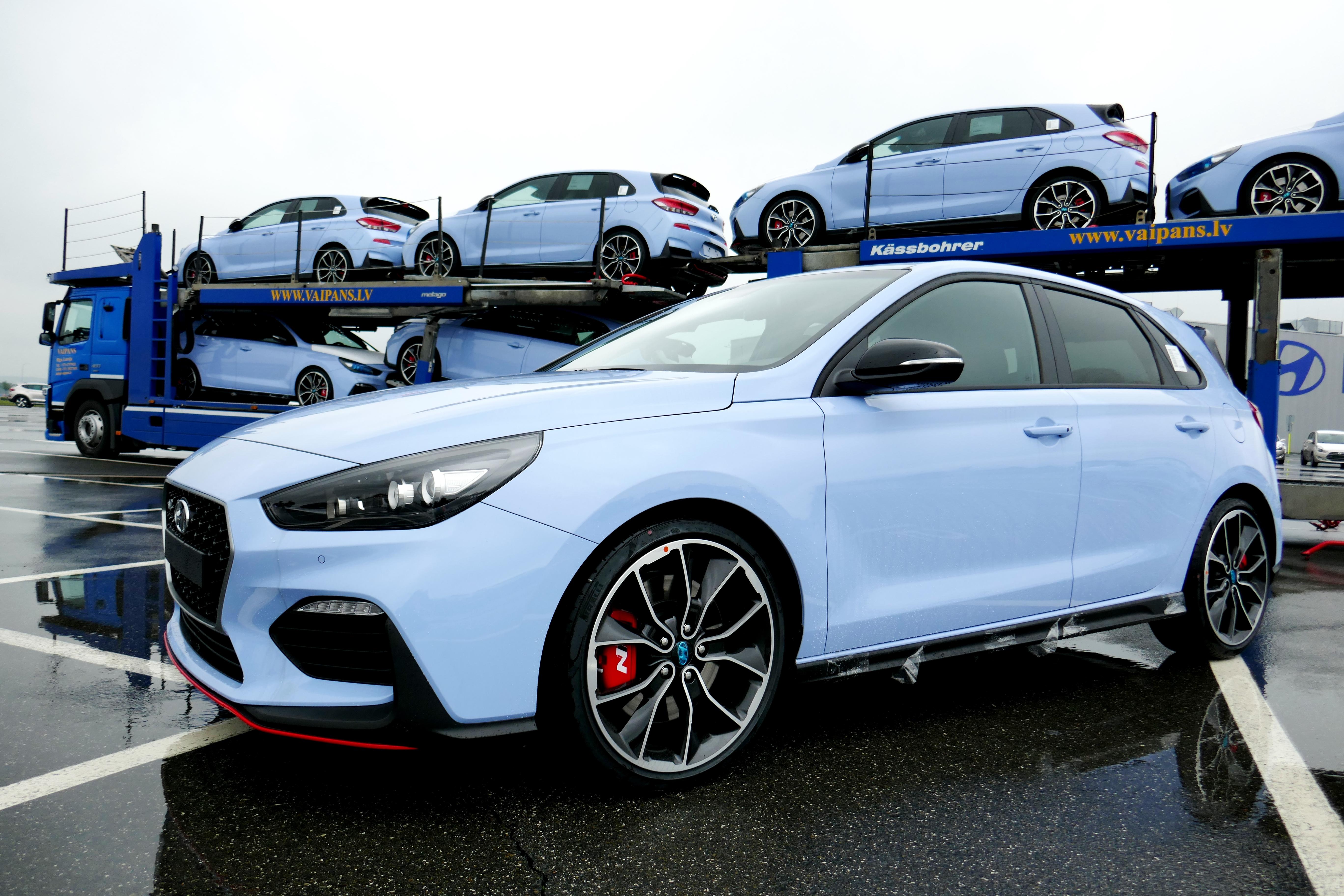 Shortly after 1 pm today at Hyundai Motor Manufacturing Czech (HMMC) the first truck with eight Hyundai i30 N cars left the Nošovice factory gates on the way to Germany, where the first 100 units had pre-sold in just 48 hours.

Despite the harsh and rainy weather today at HMMC in Nošovice, in the dispatch area there was a small celebration of the first shipment of Hyundai i30 N cars to customers. These were eight of a hundred cars that German customers could pre-order as part of a special offer including a meeting with car designer Albert Biermann and a ceremony at the Nürburgring circuit. In Germany these 100 cars sold out in just 48 hours.

The mass production of the Hyundai i30 N sports cars was launched at the HMMC plant in Nošovice on Friday, September 15th. Today marks the beginning of shipments of this car to customers. This year HMMC plans to produce approximately 1450 of these sports cars – that is the same amount of all vehicles in HMMC produces in just one day.

Made for Europe, in Europe: new i30 begins production