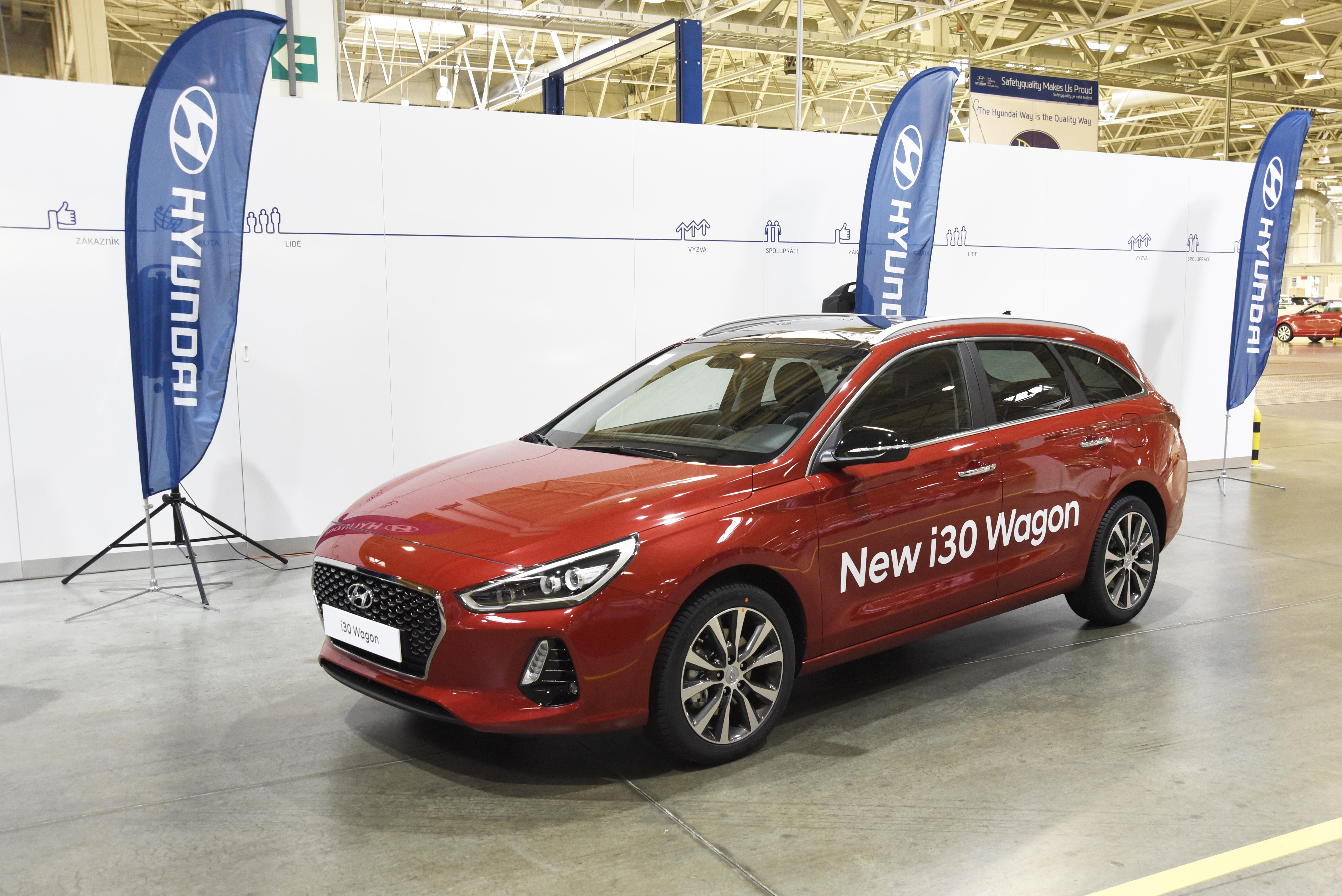 Today, the mass production of the long-awaited 3rd generation Hyundai i30 Estate was officially launched at the HMMC plant in Nošovice.

On Monday 15th May a small ceremony took place at the Nošovice Hyundai car plant to symbolically unveil the new 3rd generation Hyundai i30 estate, which began mass production today.

Both previous generations of the Hyundai i30 also had an estate version, and this new version has been eagerly anticipated, especially when it was presented at the Geneva Motor Show this spring. Photographs and video footage were seen across Europe, the car’s target market.

The Hyundai i30 Estate is based on a five-door version, from which it differs only in its differently shaped rear, with a different side silhouette and rear window shape, and a significantly larger boot, which varies between 602 and 1650 litres. Engines, gearboxes, safety and assistance system options remain the same as the five-door version. As in the case of its predecessors, the new i30 Estate is most popular in European countries with a tradition of weekend trips out of the city to cottages and summer homes, such as Sweden, Denmark, the Czech Republic and Slovakia. In a number of European countries, particularly in the UK, thousands of i30 estates serve in the fleets of local police units. Elsewhere it’s a favourite with taxi drivers especially for large interior space, high-end equipment, economical operation and great value. The next version of the Hyundai i30, the high performance sportscar “N”, will begin production in September, to be joined towards the end of the year by the Hyundai i30 fastback.