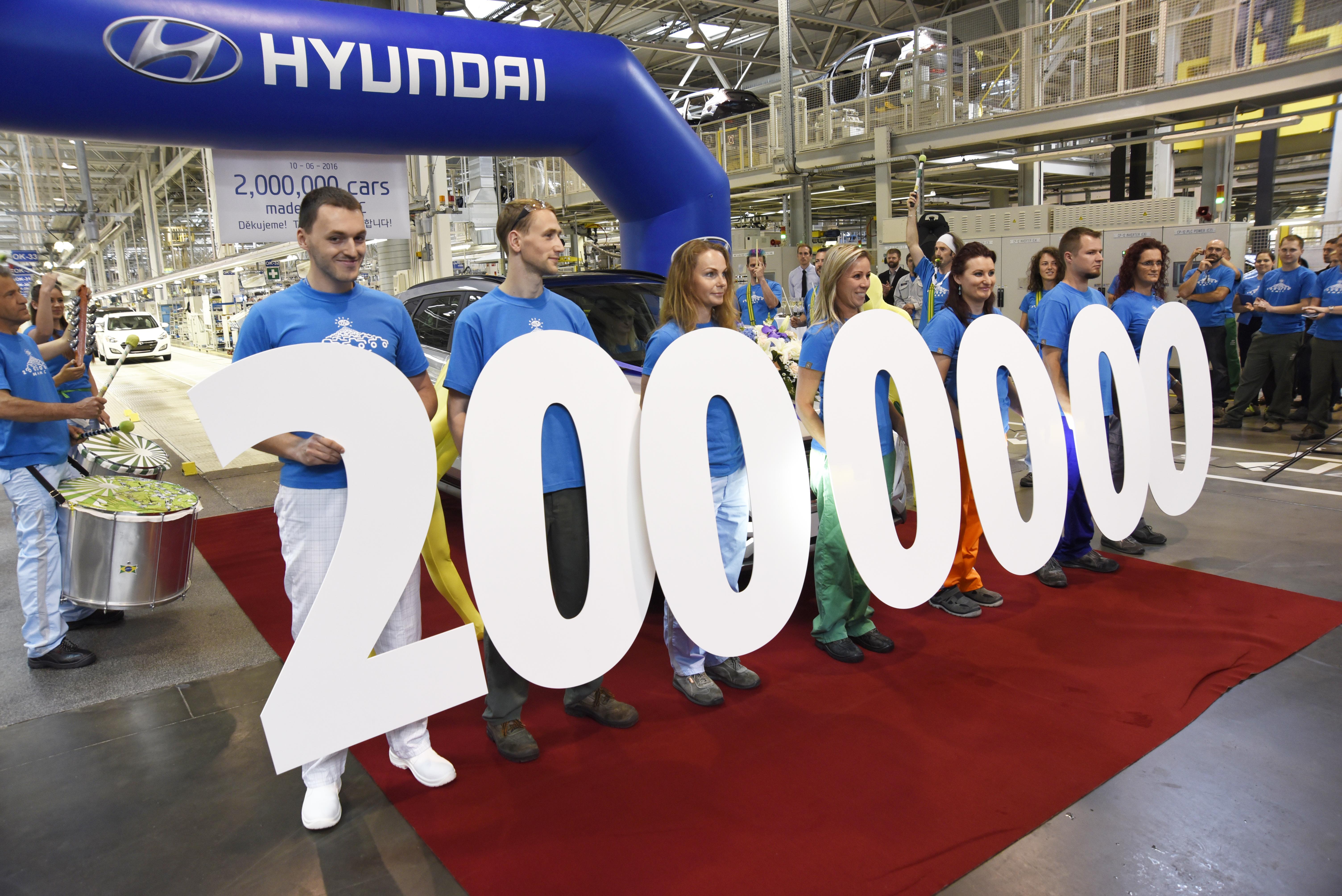 On Wednesday 8th June the Nošovice Hyundai Motor Manufacturing Czech (HMMC) car plant produced its two millionth Hyundai Tucson. On Friday 10th June, the silver beauty, as part of a celebration of the manufacturing milestone, was presented to Major General Drahoslav Ryba, Head of the Czech Fire Service, because the car is going to be used by the firefighters, who use these vehicles to transport firefighters to the site of an emergency in demanding terrain.

Mass production began at HMMC on 3rd November 2008, operating one shift. The second shift was introduced in September 2009 and the third came in in September 2011, when the planned full production target of 300000 cars annually was achieved.  Determined to improve, Hyundai’s production target for this year is 350000 cars, which are delivered to 66  countries, mainly to Europe, but also to Mexico, Australia, Egypt or the Middle East. The keenest customers for the two million vehicles have been Germany, the United Kingdom, Russia, Spain, Italy, France and the Czech Republic. 77600 cars produced in Nošovice have been supplied to the domestic market, almost 4 % of total production.

The pace of production growth has been interesting. It took 54 months to produce one million vehicles, the second million followed 37 months later, and the next million will be produced even sooner. The model most produced in Nošovice is the Hyundai ix35, of which a total 603000 came off the assembly line from July 2011 to June 2015. The Kia Venga has the distinction of having the lowest production figures, with 82700 units manufactured from November 2009 to June 2011. Currently the car most produced is the Hyundai Tucson, which began production last June. Already, an impressive 223000 Tucsons have been produced.

“It is seven years, seven months and seven days since the moment on 3rd November 2008 when the first car rolled off the production line. Let that threefold symbol of good luck be a sign of our future successes and development,” said Dongwoo Choi, President of HMMC, in his speech as part of the celebrations, and he continued, “Our success would not have been possible without the most valuable asset of our company – thousands of skilled and qualified men and women, working on assembly lines, in maintenance, in quality assurance, planning and inspecting production, managing finance and all sorts of IT and administrative support. That is our Hyundai team, to whom we are grateful for all our results!“

Miroslav Novák, Governor of the Moravian-Silesian region, said in his speech, “I’m delighted that several years ago Hyundai decided to invest in the construction of their only European plant right here with us. 1.2 billion Euros, the largest foreign investment in the Czech Republic, was important not only for the money itself, but also for the incredible amount of time and effort invested in getting production up and running and in expanding production. The investment in people has been vital – almost 3500 highly qualified people work here. The car firm has won the hearts of people in our region thanks to its company philosophy, and has become a valued member of the Moravian-Silesian family and also a good neighbour. I congratulate you on today’s two millionth car and I look forward to celebrating, soon, the production of car with the serial number 3000000.”