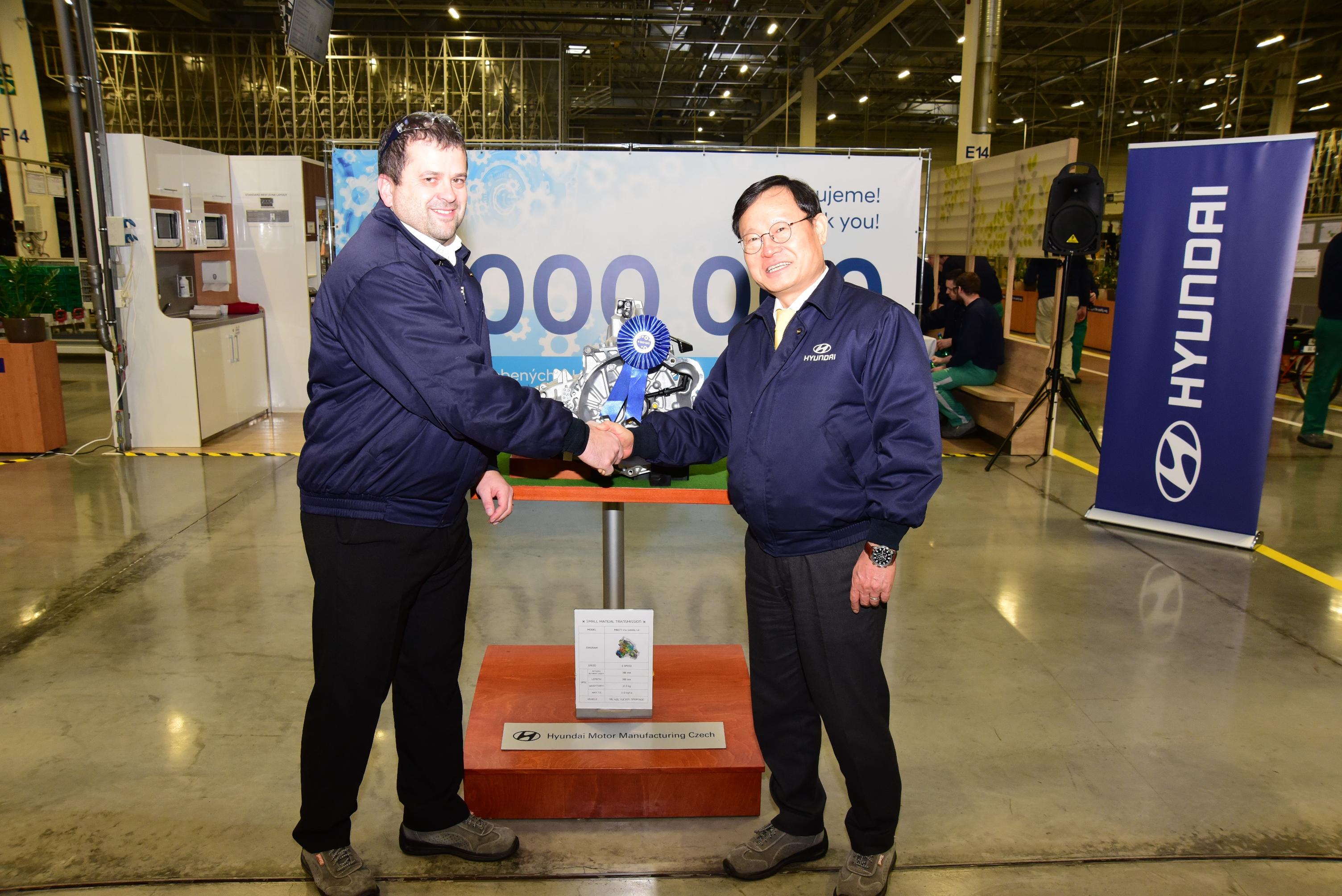 Since beginning production in October 2008, the gearbox manufacturing line at the Nošovice Hyundai car plant has already produced four million gearboxes. Almost 45 % of them have been used in the manufacture of Hyundai cars in Nošovice, and the other gearboxes have gone to other manufacturing facilities, mainly to our sister plants in Slovakia and Russia.

The Nošovice based Hyundai Motor Manufacturing Czech car plant began producing gearboxes in October 2008, several weeks before the official start of car production. The first model was the manual 5-speed M5CF1 gearbox. Currently the plant manufactures only the 6-speed manual gearboxes M6CF1 and M6CF3 – the latter for cars with turbocharged engines. Of course customers can choose an automatic gearbox for any car produced in Nošovice, and these are imported from South Korea.

The production includes machining, drilling and insertion of rough castings of two halves of aluminium boxes and milling of gearing of steel shafts and wheels, which form the actual transmission system. All machining is done by fully automatic machine tools, with operators supervising the supply of material, transport of finished products for further operations and periodic and random inspection of selected items and their measurement on electronic micrometric stands. Without exception, all machines, either in the gearbox production area or in other areas of the Nošovice Hyundai car plant are categorised as B.A.T. (Best Available Technology), which was one of the conditions for investment incentives granted by the Czech government in 2006. The equipment used in Hyundai gearbox production at Nošovice is a veritable ‘production flotilla’ of machine tools from Germany, South Korea, Japan, France and the USA.

The steel parts are annealed in gas furnaces for machining, and then quenched in special salts. After heat treatment, all steel parts are reground clean to avoid the slightest chips, scales and other debris that could damage the gearbox or prevent its proper operation.

The next step is the assembly of the gearbox on the line, where workers work with the aid of robots. In addition to the housing and transmission system, the gearbox consists of dozens of other components from suppliers, including brackets, gaskets, bearings, and sensors. Each gearbox contains a total of about 130 parts.

Once assembled, the gearboxes are tested. Just like every car produced in Nošovice has to drive a test lap circuit on the test track, every gearbox must pass a test on a sophisticated machine that simulates real driving conditions in the car.

Jan Hlubocký, gearbox testing expert adds, “the machine tests the gearbox under a load of approximately 100 kW and 100 Nm. For each gearbox, we check 3 basic parameters: gear ratio, smoothness of shifting and noise and vibration.” The whole test takes about two minutes, and the HMMC gearbox production department has a total of five of these test machines from a top South Korean manufacturer. After passing the test, the gearbox goes to the automatic stacker and then on to car production.