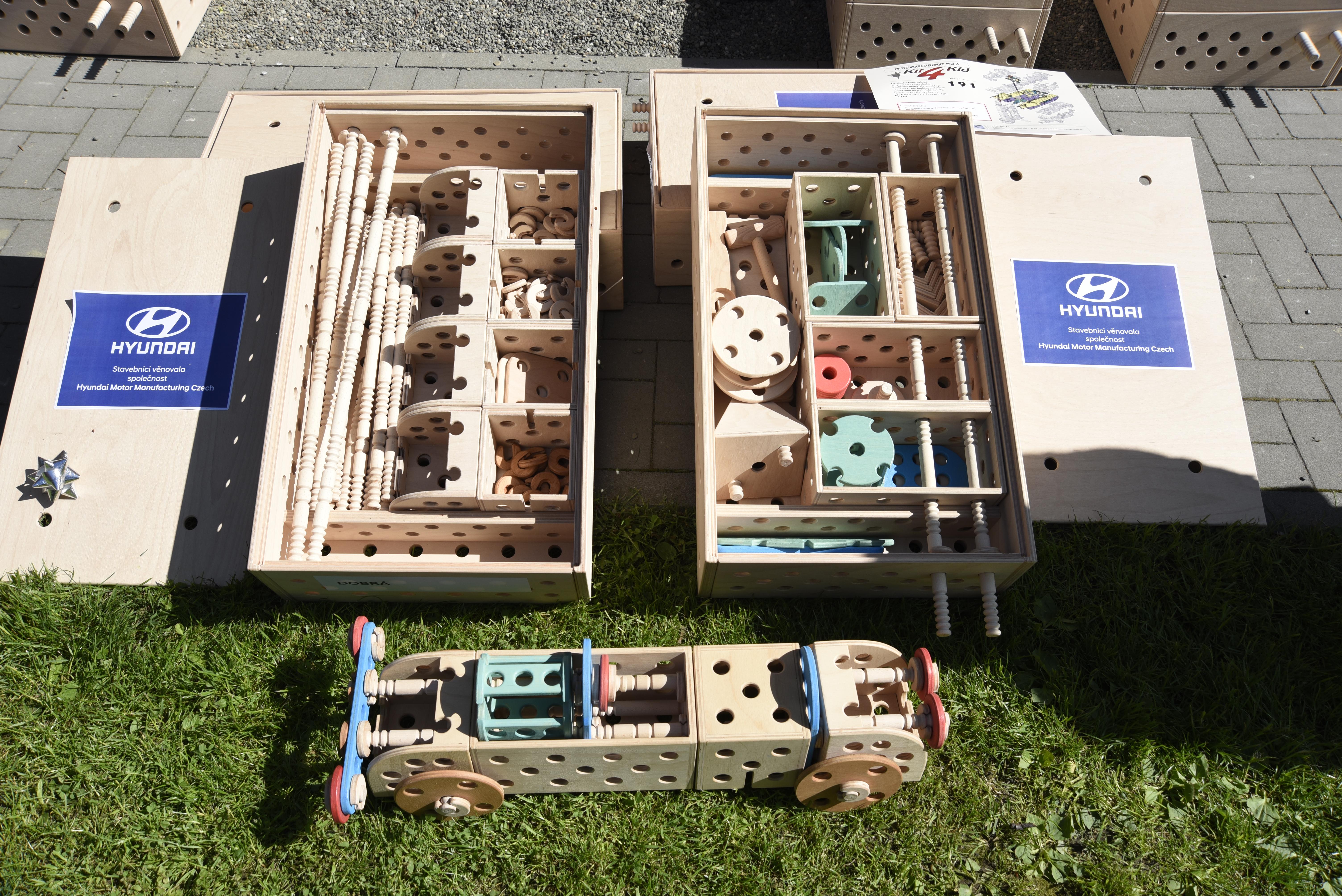 This morning a small party took place in the nursery garden in Dobrá near Frýdek-Místek, attended by HMMC, the mayors of ten municipalities and heads of nursery schools in these municipalities, as well as dozens of children from Dobrá’s kindergarten. They were meeting for the presentation of the large-scale wooden kits to these kindergartens. The kit was developed and manufactured by the Moravian-Silesian Automotive Cluster, which has already presented over 120 of the kits to kindergartens around the Czech Republic via corporate donors.

After the official welcome and a performance by the Dobrá Kindergarten choir, Paprsek (Sunbeam), the kits were gradually handed over to representatives of individual municipalities, all of whom are joined by membership in the “Good Neighbour” program, organized by Hyundai Motor Manufacturing Czech for six years. “We are very glad to have Hyundai as a neighbour because they truly are good neighbours! For years now we have been working together and organizing a lot of events for people here and so I am very happy that today to be with these young children. The kit is wonderful, and it is exactly what children need to help them develop technical thinking,” said Mayor of Nošovice Miroslav Kačmarčík. HMMC President Dongwoo Choi said to the children, “You know that we are surrounded by very complex machines. But to understand them you need to start from the simple ones that are in these boxes. Play, learn and one day, maybe, you will be engineers at a Hyundai plant and you will produce beautiful cars for people around the world.”

Ladislav Glogar, Cluster Director, described the kit to the assembled guests, “It is a set of unified parts and fasteners that allow you to build something either according to instructions or according to your own imagination. It’s especially good for building different means of transport, which is our focus, as an automotive industry cluster.  All parts are, of course, made of completely safe materials, including the paint.” Children and teachers were delighted with the kit, because no kindergarten has yet had this type of kit. “It is an excellent tool not only for acquainting children with technology and various types of means of transport, but also for developing their manual skills while they built it and for understanding a range of general technical and physical principles,” said Igor Slováček, Principal of Nošovice kindergarten and elementary school.